The Peel Boundary Fault was formed about 400 million years ago, during the Paleozoic era. During this time, due to movements within the earth, the Netherlands were located in the southern hemisphere, around the area now home to the southern part of contemporary Argentina.

Thanks to the shifts in our earth’s surface (plate tectonics), the earthen crust is constantly moving, which changes the locations of countries, mountains, and oceans. This process, which takes millions of years, shapes the earth’s surface. However, it also creates tensions, and causes tears. In other words, it causes geologic faults. These occur all over the world, including in East-Brabant.

Geologic faults have varying levels of activity. In such an active moment, two tectonic plates shift vertically and (to a lesser degree) horizontally, relative to one another. An earthquake is the result: Plates can abruptly move above, below, and past one another. The Peel Boundary Fault is an active fault as well: think back to the April 13th earthquake back in 1992.

The Peel Boundary Fault starts in the Rhine valley and leads to the North-West in the direction of the North Sea’s Dogger bank. Above ground, this fault can be recognised via a number of unique characteristics:

Because the Peel Boundary Fault is moving and shifting underground, numerous special characteristics can be attributed to this fault. One notable characteristic is the height differences that, thanks to the sculpting of the landscape, can only be recognised in the form of different steps of the sloping terrain.

These steps in the terrain, the transition between those parts that are situated higher, towards the lower parts (from the horst to the graben) of the Peel Boundary Fault are what, under the influence of wind and water, create the rolling landscape.

The map below shows how the Peel Boundary Fault is not just a single fault in the earth, but rather multiple complex faults – a fault system. There is one particular fault in the central area that possesses more of the previously mentioned characteristics.

Another special characteristic is the vertical, barely water-permeable screen. Because the faults shift relative to one another, a layer is created that barely permits water to permeate through it, which, so to speak, tightly seals everything. This is what results in that nearly watertight screen at the site of the fault.

To the west of the Peel Boundary Fault, the soil subsides and to the east, it rises.
The higher parts are the horsts, the lower parts are the grabens. Hydraulic jumps of over (at greater depths) 40 meters can occur underground. This can be seen in the deposits of various layers of gravel and sand. 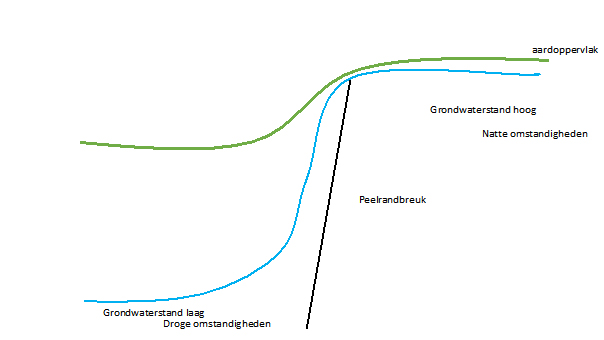 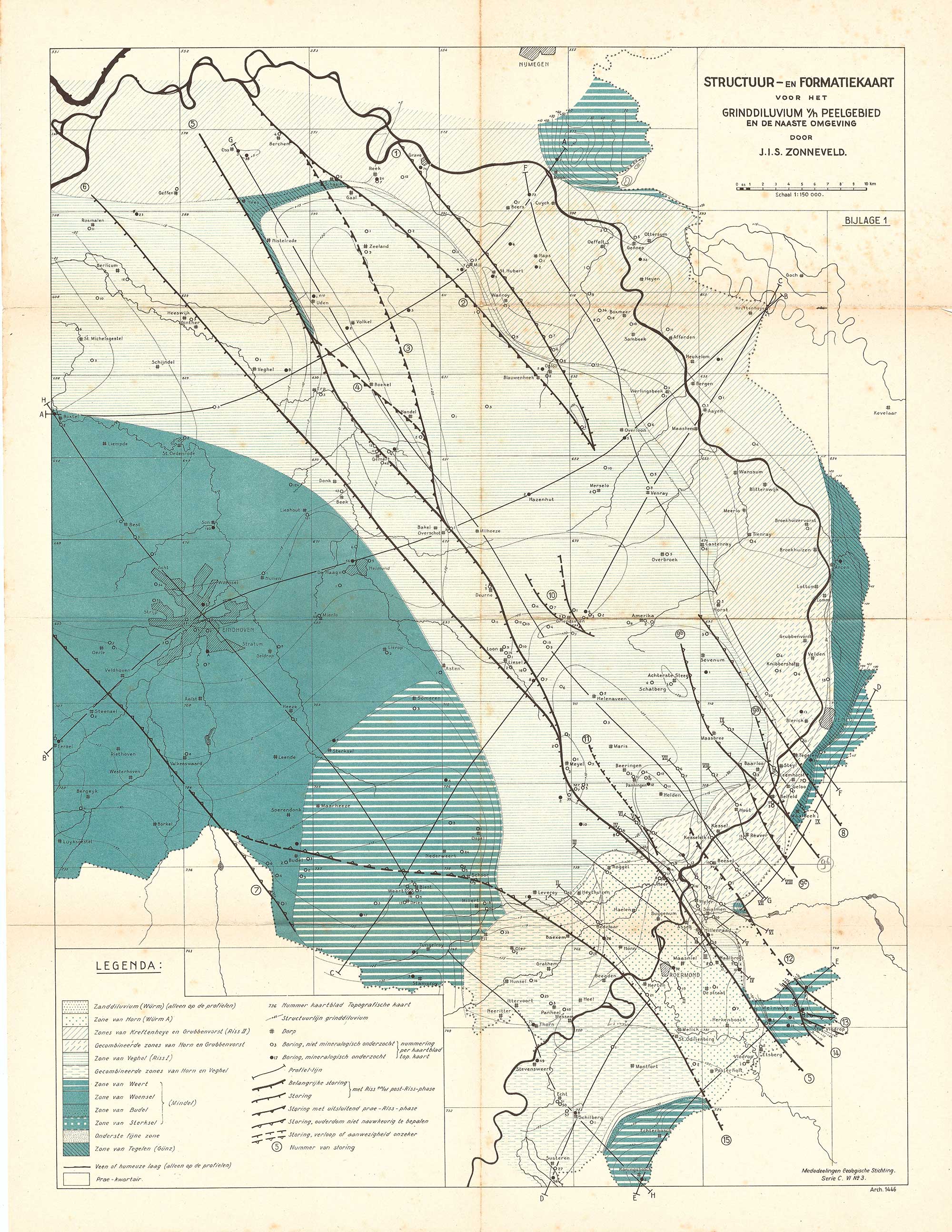 The terrain steps and the almost watertight vertical screen ensure that the rainwater that the ground absorbs on the eastern high part (horst) cannot flow away. It is blocked by the screen. As a result, this higher part is significantly wetter due to the higher level of the groundwater.

On this higher, wetter ground, farms and homes of landowners used to be surrounded by moats. The goal was to protect the inhabitants and their buildings. The high water levels ensured that these moats were always filled with water.

This groundwater comes from great depths, has been in the ground for a very long time, and travelled a great distance. As such, it carries with it many minerals and particles that are exposed to the air at the site of the fault. The air mixes with the water, causing the particles contained within it to oxidise and colour the groundwater a red-orange. This wijst stream is a very noticeable and characteristic element of the Peel Boundary Fault.

Particularly after the last ice-age, the climate became more favourable for vegetation along the Peel Boundary Fault. Thanks to the wet conditions – the water was trapped after all – excess growth created a peat area, in this case De Peel on the border between East-Brabant and Limburg.

Peat was primarily created in De Peel, in the Maashorst there is significantly less of it. In medieval times, up until the beginning of the 1900s, lots of peat from de Peel was used to warm houses. The slab of peat that formed here was eight metres thick in some places.

Areas rich in peat love wet conditions and rain water. This phenomenon still very clearly visible in the municipality of Uden. Many rare plants grow here, as do orchids in those places where the groundwater comes to the surfaces right in front of the Peel Boundary Fault.

Due to the great differences between the bottom layers to the West and East of the Peel Boundary Fault, the East side also has more delving for gravel. To the West of the Fault, the land is significantly dryer and the rain that falls to the ground can easily permeate deeply into it. There are more sand drifts here and plants that do not require very much water.

The visible differences are barely there now due to the laying of roads, establishment of agriculture, ad the construction of cities over the course of time. The gravel that used to be brought here from the sea, and later via the Maas now lies several meters below ground level and can be easily dredged up by sand dredgers. This gravel is used as building material for houses. 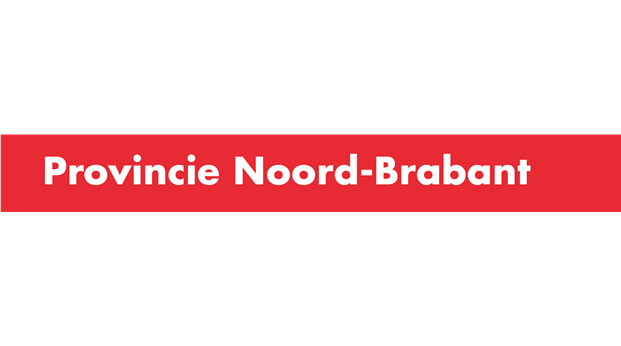